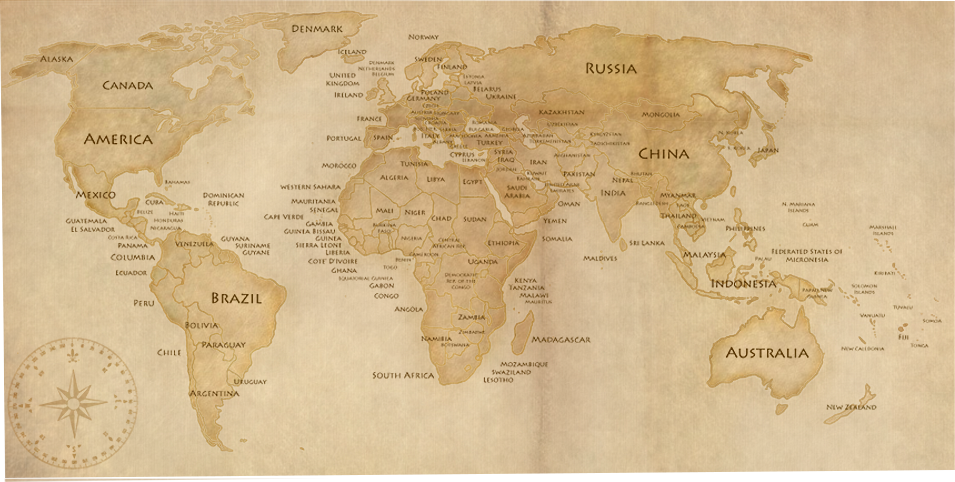 1956: Opening of a health shop with own clinic in Montreal.
Picture: Gesundheits-Nachrichten, October 1956

Various journeys all over the USA from the early 1950s onwards. Met with the Red Indian chief Ben Black Elk, who introduced Alfred Vogel to the purple coneflower (Echinacea purpurea). He gives an account of this meeting in the May 1964 issue of the magazine „Gesundheits-Nachrichten“: „Trip with wife and daughter in new Oldsmobile to the Black Mountains and meeting with an old Sioux Indian chief whose grandfather fought against Buffalo Bill (Cody). (...) In the summer and autumn, my family and I journeyed deep into Indian territory, covering over 5,000 km.“

1955: Visit to Mexico, to the "Yucatan jungle", as it is called in the December 1960 issue of "Gesundheits-Nachrichten". From there to Guatemala.

1958: Trip to Colombia, where he visited the salt mines of Zipaquira, 25 km from Bogota, with their underground salt cathedral. "It was fortunate that we visited Cali, otherwise we would have formed a very wretched impression of Colombia." (...) "We were unable to really savour the beauty of the tropical landscape with its abundance of plants and flowers on our car journey across the country because of the dirt and poverty, which spoiled much of our enjoyment."

1958: Purchase of a 72-hectare farm in Peru (Tarapoto). Cultivation of medicinal plants, vegetables and fruit. Alfred Vogel later sold the farm due to a land reform in Peru.
Picture: Machu Picchu, Ruth Vogel

1959: Adventurous 600-kilometre river journey along the Amazon. Alfred Vogel attributes the fact that he never suffered from malaria nor any other tropical diseases to his daily dose of echinacea.

1959: Flight to Buenos Aires, Argentina (Hotel Crillon, "very expensive"). Flew on to Brazil just two days later: Porto Alegre (Hotel Plaza), Curitiba, Rio de Janeiro. "Our Convair is swaying like a heavily laden market trader and I can only hope that it doesn't overbalance as it would be a shame for my many photos and the three books that I have written."
Picture: Sugar Loaf Mountain, Rio de Janeiro. Cover photo of "Gesundheits-Nachrichten" 9.1970, photo: Ruth Vogel 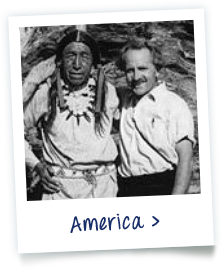 Alfred Vogel made his first trip to Italy in 1919 when he was just 17 years old. He travelled tirelessly all over the world throughout his whole life studying medicinal plants and different lifestyles, giving talks and making contacts with other advocates of naturopathy and herbal medicine. 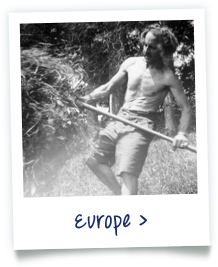 June to October 1961: trip to Japan, Hong Kong and Korea. From there to India. "The first time I visited Japan, I could feel the burgeoning of the country's suppressed vitality, both economically and above all industrially." ("Gesundheits-Nachrichten" 9.1974).
Picture: Two Korean women, cover photo of "Gesundheits-Nachrichten" 2.1964. Photo: Ruth Vogel.

1961: From Korea to India. There he found out about India's ancient Ayurvedic medicinal system. "Aside from Indian philosophy and metaphysics that is interwoven here and there, the approach of Indian doctors is almost exactly the same as that of modern European naturopaths". ("Gesundheits-Nachrichten" 7.1986).
Image: Alfred Vogel with his first wife Sophie and daughter Ruth in front of the Taj Mahal.

1961: Alfred Vogel reports from Java. "Rarely has an island's flora made such an unforgettable impression on me as that of Java. Gigantic primeval trees … a huge variety of palms … lotus flowers …curcuma (turmeric)." Alfred Vogel also became acquainted with the durian fruit, which he later added to his A.Vogel muesli.
Image: rice carrier in Java, cover photo of "Gesundheits-Nachrichten" 5.1963, photo: Ruth Vogel. 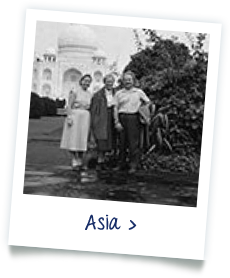 From 1956: Visit to Morocco (Marrakech and Rabat) and the Atlas mountains, where Alfred Vogel managed to ski.
Picture: Ruth Vogel

From 1964: Trip to Egypt. "When I looked closely at some of the mummies in Egypt at that time, I was astonished to find thickened joints (arthritic deformations)." ("Gesundheits-Nachrichten" 11.1976)
Picture: Ruth Vogel

1965–1969: Various trips to the Kalahari desert. Research into the effects of devil’s claw (Harpagophytum procumbens) on rheumatic complaints.

1965: Opening of a health shop in Rondebosch, one of the southern suburbs of Cape Town, South Africa.
Picture: Ruth Vogel, Gesundheits-Nachrichten, February 1967 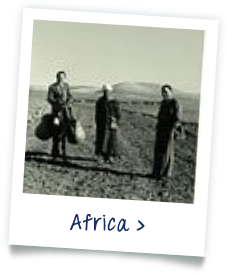 1969: Research trip to Australia, New Zealand and Tasmania. Talks in all the major cities and, on radio and television.

1961: Visit to the South Sea islands of Tahiti and Moorea, later Fiji. From there to Hawaii. Alfred Vogel described his impressions in various articles in "Gesundheits-Nachrichten": "I was able to really savour all the natural wonders; I swam in unique coral reefs." (...) "One's eyes and heart are overcome by abundant and unexpected beauty. (...) "I felt so at home, because this was more or less how I had imagined paradise to be as a child." 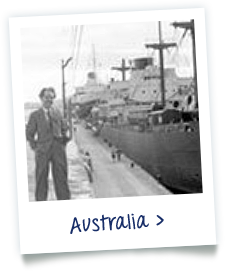 Everything from A - Z. Or to be more precise, from Achillea millefolium to Vitex agnus castus.